Competing overseas as part of a team. 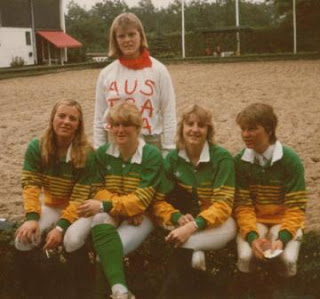 In 1984, Vanessa was asked to ride overseas as part of an unofficial Australian team in Hamburg, Germany in1984.

She was awarded Best Australian Rider. After an official tour of several major breeding and training centres in Germany and the Cadre Noir in France, she back packed around Europe, England, Scotland, Scandinavia, Spain and Portugal for six months.

Many a story is shared between Vanessa and her co travellers – Sally Francis and Kym Tolliday, but NOT here!