A career with horses! You must be mad! 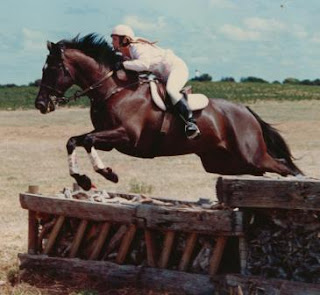 Full of inspiration, plans and experience from overseas, she returned home to study horse management at Glenormiston, much to her parent’s horror. The mission was to breed and produced event horses to enable her to compete at international level. The other vision was to create a world class facility to parallel those overseas and for fellow Australians to enjoy. 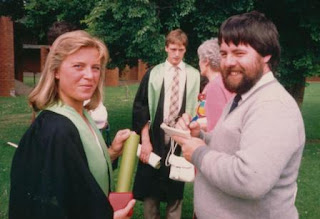 She graduated from the University of Melbourne, VCAH Glenormiston in 1987 after two years full time, completing the Associate Diploma of Horse Management. She also designed, raised the funds and built the cross-country course for the college. It was officially opened by Bill Roycroft (see photo below) and a competition was held with Marcus Oldham college.

Vanessa was Dux of the year and received two awards (one for best all round student and one for the most contribution to the college) as well as a scholarship to study the Irish Draught horse overseas.
The scholarship took her back to England and Ireland in 1988, where she travelled 10,000 miles in a mini (Daisy), studying Irish horses and uncovering previously destroyed stud books which dated back to 1918. Her research was published in a report and in several magazine articles. Vanessa then founded the Irish Draught & Sport Horse Society (IDSHS) in 1989 and was President for the first two years. 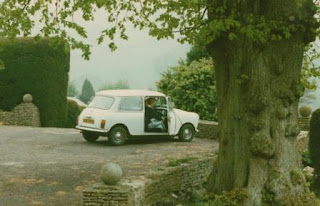 Whilst building her own breeding stock of Irish horses, Vanessa gained valuable experience on various stud farms including Lochinvar Equestrian Centre with Heath Ryan and Craigielea, with Peter Morgan at Kilmore. This position led her into a managerial role at Dorrington Park, a Thoroughbred stud owned by Robert Crabtree, now known as Eliza Park.